The god of search engines has spoken: by the end of the year, the old Google AdWords editor will be phased out. Pay-per-click managers everywhere are sharing their condolences.

Sorry Google, we mean no disrespect (we kind of need you to make our living). It’s just that change can be difficult, and for a lot of Google AdWords campaign managers, the new Google Ads interface is, well…difficult, sometimes. There’s a lot that’s been switched around, and we’re going through growing pains.

As reported here on Search Engine Land, Google will be fully disposing of the currently named “previous AdWords editor,” which at the moment is in limited access.

The change comes as a big part of the newly branded “Google Ads” platform, which is taking over the role of Google AdWords as their targeted search engine ad delivery system.

Why Did They Change Google AdWords To Google Ads?

In short, the old Google AdWords editor was dated and the data was harder to quickly understand.

It’s an attempt to modernize with a new Google aesthetic (you may have noticed Gmail changed their font). For all the preference that the old AdWords interface may receive, it’s hard to argue that it definitely felt dated, especially by Google’s “premier internet brand” standards.

The new interface has been designed with a major shift away from numerical data and toward visualized data. Most prominently noted on the Overview section of the new interface, users are now greeted with charts, graphs, and graphics which more cleanly and quickly convey the information.

The change came, in large part, due to customer feedback which requested more easily digestible information. In the old Google AdWords editor, charts were few and far between. Most of the data was shown through charts and tables. While this became fairly popular in the PPC community, the layout isn’t the most welcoming to new users.

Google’s priority has and will likely always be about making the user experience as easy and immediately rewarding as possible. As part of that mindset, they’ve determined that the old Google AdWords editor needed to go.

Can I Get The Old Google AdWords Editor Back?

Sorry, you cannot. For any new accounts going forward, the “new” editor is now the only editor.

PPC managers can only access the older interface if they are editing a campaign which was launched earlier than sometime around late spring of 2018. The exact date is unconfirmed, but new accounts which have been created after that general time period don’t have the familiar “return to previous AdWords” button that managers have come to love.

Here’s what it used to look like before the phase-out:

Here’s what all the new campaigns are seeing when they click on the Tools icon:

Just like that, it’s gone. It came as a rude awakening for PPC managers who had been relying on the old product for so long.

According to Google — as they will tell you if you call their customer service and ask — the old Google AdWords editor has a “depreciating value.” Which is to say that Google is going to be allocating less and less of their resources to it as the year moves on.

The removal of this button is one of the bigger steps toward completing this phase-out process. Users who have been using it for older campaigns can continue to use it until the end of the year, but after that point, everyone will be pushed on the same interface.

For PPC managers, all that is left to do is adapt and use the new Google Ads to the best of your abilities. The new interface isn’t necessarily worse, but it is definitely different, and there will be some changes you’ll likely want to make to the settings before you feel just as at home with this UI as you did with the last one.

Take advantage of the change as best as you can. New features like promotion extensions, call bid adjustments, and the Audience Manager all have their part to play in your Google Adwor — I mean, Google Ads campaigns.

There’s a lot to be offered in the new system, and while it’s not exactly what it used to be, that doesn’t mean it’s any less valuable. 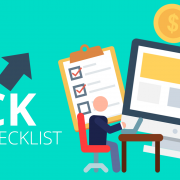 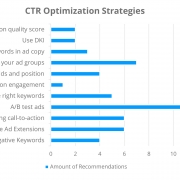 The Preferred Way To Improve CTR On AdWords

Why We’re Renaming Our Monthly Digital Marketing Retainer To The Rega...
Scroll to top